Taste Of Ethiopian In Jerusalem

Taste Of Ethiopian In Jerusalem

Mulu’s restaurant and bar, Dire, is my favorite of the seven or so Ethiopian restaurants, and handful of bars and food shops now populating West Jerusalem’s city center. They are clustered around Jaffa, Agripos, and King George Streets, close to the main transportation hubs. Inside it can feel like Little Ethiopia and, for a moment at least, you are removed from this pressure-cooked city so obsessed with how you pronounce the h in hummus.

There are now an estimated 130,000 Ethiopians living in Israel, a majority of them Jewish and Israeli citizens. Like Mulu, most of them or their families immigrated over the past three decades as part of Israel’s push to bring in Ethiopia’s Jews living in hardship. Their status as citizens is different from the smaller number of Israel’s Ethiopian Christians, many who made the journey, sometimes via smuggling routes through Sudan and Egypt’s Sinai, to find work and opportunities, or to seek refugee and asylum status. Others came because Jewish family members already in Israel helped bring them over. In Ethiopia, religious identity was not traditionally defined along the same rigid lines as Israeli law. Ethiopians are now a very visible part of the fabric of this contested city.

But the cuisine, as food trends go, has remained largely off the map. In a way, perhaps that’s a good thing, leaving these spaces the way people like Mulu want them. But for Mulu, there’s more to it than that. Mulu’s Russian-immigrant neighbors frequently harass her and call her children racist names, she says. And they aren’t the only ones. It’s no secret that some don’t like that her restaurant draws together so many Ethiopians to the neighborhood, or to Jerusalem. Mulu loves Israel, she tells me—it’s her home now. But not everyone here loves the Ethiopians back. 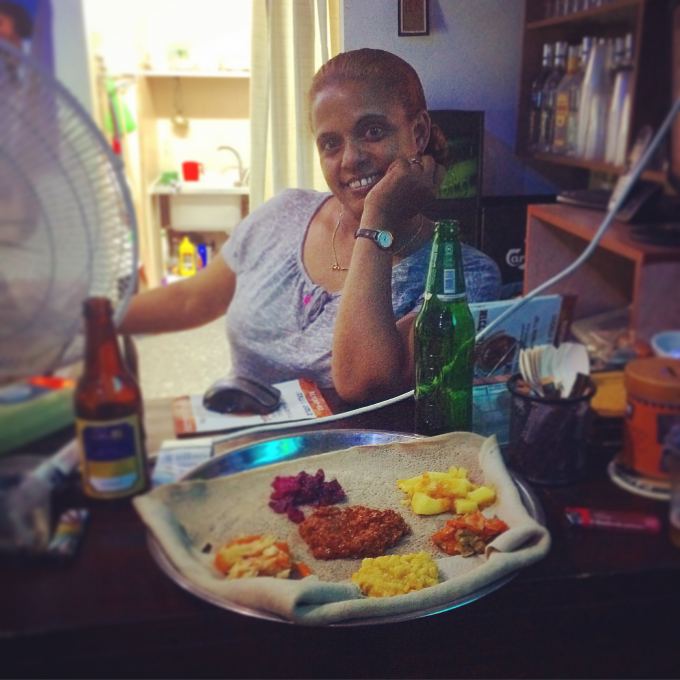