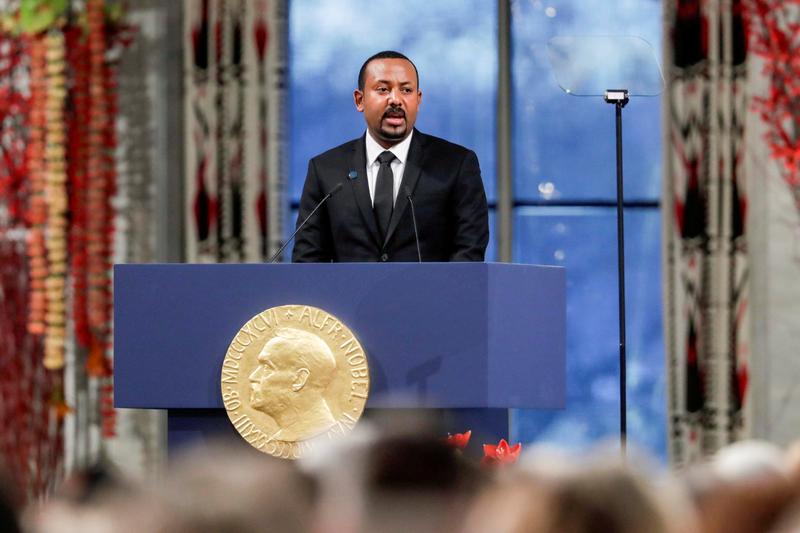 ADDIS ABABA (Reuters) – Ethiopian troops clashed with armed men involved in a deadly attack in the western Benishangul-Gumuz region, killing 42 of them and seizing bows and arrows and other weapons, state-affiliated Fana TV reported on Thursday.

Prime Minister Abiy Ahmed said he was sending more soldiers to secure the region bordering Sudan, the day after unidentified gunmen killed more than 100 people in a village there.

Ethiopia has been grappling with outbreaks of violence since Abiy was appointed in 2018 and accelerated democratic reforms that loosened the state’s iron grip on regional rivalries.

“The massacre of civilians in Benishangul-Gumuz region is very tragic,” Abiy said on Twitter. “The government, to solve the root causes of the problem, has deployed a necessary force.”

Fana TV reported the military had killed “42 anti-peace elements”, without saying when the clash took place or identifying the armed men. It said the armed group had taken part in Wednesday’s attack in Bulen county, citing regional officials.

The dawn raid on the village of Bekoji killed more than 100 people, the state-run Ethiopian Human Rights Commission said. Residents told Reuters they had seen dozens of dead bodies. Medics said they treated people with gunshot and knife wounds.

State-run Ethiopian News Agency reported that five senior officials, including a state minister of the federal government, have been arrested in connection with security issues in Benishangul-Gumuz.

Ethiopia’s military has been fighting rebels in the separate northern Tigray region for more than six weeks in a conflict that has displaced more than 950,000 people. The deployment of federal troops there has led to fears of a security vacuum in other restive regions.

Ethiopia’s election will not bring peace

Fear pervades as Tigrayans rounded up after battlefield reversals