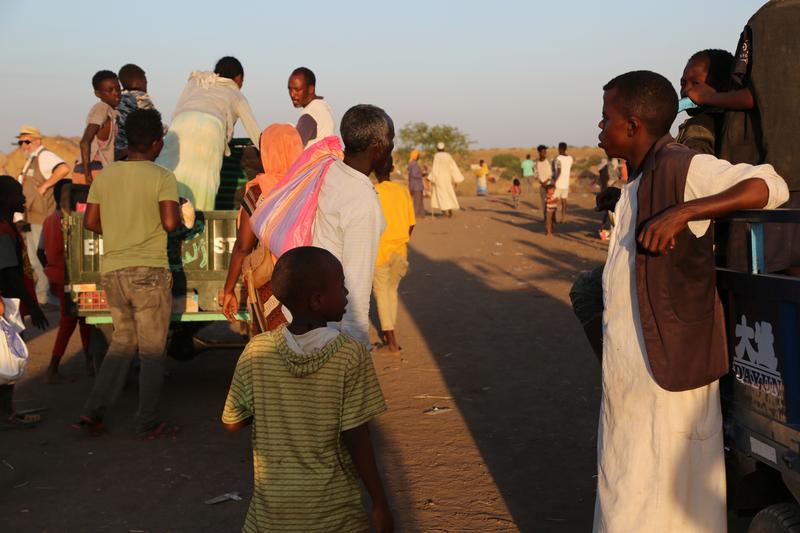 A two-week-old war in the Tigray region has killed hundreds, sent 30,000 refugees into Sudan and called into question whether Prime Minister Abiy Ahmed, Africa’s youngest leader and last year’s Nobel Peace Prize winner, can hold his fractured nation together ahead of national elections next year.

Hundreds of foreign aid workers have left Tigray, warning of a spiralling crisis in an area where hundreds of thousands of people relied on food aid even before the fighting.

“Deeply concerned about the humanitarian crisis in Ethiopia, reports of targeted ethnic violence, and the risk to regional peace and security,” tweeted Antony Blinken, a veteran diplomat and longtime Biden confidant.

Africa’s second most populous nation with 115 million people, Ethiopia is a federation of 10 states run by separate ethnic groups. The war has pitted the central government against one of the most heavily militarised regions.

Ethiopia is a major U.S. ally whose soldiers serve in peacekeeping missions in South Sudan and Somalia. Its military and intelligence services are among the most capable in Africa.

“The TPLF and Ethiopian authorities should take urgent steps to end the conflict, enable humanitarian access, and protect civilians,” added Blinken, who is expected to play a senior role in the incoming U.S. administration.

On the ground, the TPLF leader said his soldiers still held the important town of Axum, though they had lost Shire as federal troops aimed for the state capital Mekelle.

Assertions by all sides have been impossible to verify because internet and phone connections to Tigray have been suspended and the government has restricted access.

An Ethiopian government statement referred to reports of ethnic killings in the town of Mai Kadra, documented by Amnesty International last week. Survivors told the rights group that militias affiliated to the Tigray government killed scores or even hundreds of civilians. The TPLF has denied involvement.

“We would like to remind the leaders of this group that the atrocities that have been committed by their forces and loyalists in places like Maykadra constitute serious crimes,” the government statement said, using an alternative spelling.

Ethiopian federal forces are trying to advance along main roads from the south and the northwest of Mekelle and were around 200 km (124 miles) from the Tigrayan capital, a diplomat monitoring the conflict said.

The military accused World Health Organization (WHO) head Tedros Adhanom Ghebreyesus, a Tigrayan, of trying to procure arms and diplomatic backing for the TPLF.

They offered no evidence for the accusations and there was no immediate response from Tedros. He held ministerial posts for a decade in Ethiopia’s TPLF-led governing coalition before being elected the WHO’s first African leader in 2017.

The conflict has also embroiled Ethiopia’s neighbours: the TPLF fired rockets at Eritrea last weekend, Sudan is receiving refugees. In Somalia, Ethiopia has removed weapons from ethnic Tigrayan soldiers in its peacekeeping contingent.

Tigrayans make up just 5% of Ethiopia’s population but had outsized political power for decades after TPLF guerrillas led a revolution in 1991. Abiy, whose parents are from the much larger Oromo and Amhara ethnic groups, became premier in 2018 and began opening up both the economy and a repressive political system.

He won last year’s Nobel for ending a long-running conflict with Eritrea, but since then his government has overseen curbs on the media and mass arrests after periods of deadly unrest.

He has so far rebuffed calls for talks over Tigray. The government denies any ethnic undertones to the offensive, saying it is a law-and-order operation necessary to maintain unity.